Brief Description
A postcard, unused. Features the Olympic flag in the upper left and the flag of Japan in the lower right, on a grey background. Situated behind the Japanese flag is a stylised, golden olympic torch, with an elaborate flame pluming from the bowl. Postcard was issued in commemoration of the 1964 Tokyo Olympic Games. 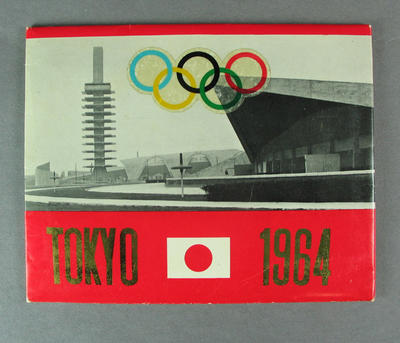