2 lengths of fabric with embroidered Australian coat of arms in map of Australia- one has three, the other has two.

1 pass for Mexico 68 to the Hipodromo.

1 colour photo of 1972 Olympic Games athletes and staff in uniform.

1 colour postcard of lighting of Cauldron, 1964. 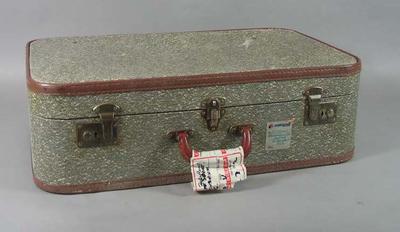