Brief Description
Black and white photograph of the Road Premiership Team from the Preston Professional Cycling Club 1931. Mounted on brown card with dark lined border. Featuring Eric Gibaud, Laurie Jones, Frank Thomas and Alan Walker. The four men pose in racing uniform with their cycles and a large perpetual trophy. Title and names hand written above and below the image. Hand written (biro) details on reverse state: "Winners of The Victorian/ Professional Cycling/ Road Premiership/ 1931 / L. Jones/ 24-11-1982/ the Premiership - Championship - was held/ annually for many years over a/ 33 Miles course Each club had/ a team of four and teams/ started at intervals and the fastest team/ won the Premiership.". 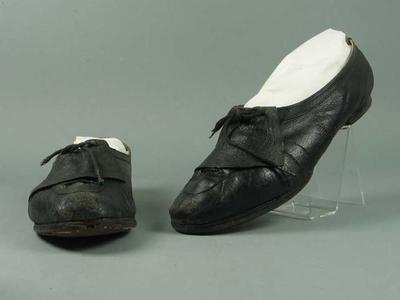