Brief Description
Invitation to the "Olympic Decision" dinner,where the announcement of which city had gained the right to host the 1996 Olympics would be made. The front of the invitation features a mock opening ceremony ticket to the Games of the XXVIth Olympiad, based on the assumption Melbourne would win. It features five segments of the official Melbourne bid painting, by Charles Billich. It is entitled "Olympic Melbourne". The back of the document features the actual invitation details, along with the Melbourne Bid emblem, comprising of a stylised flame in the five Olympic colours of red, green, yellow, blue, and black. The U.S. city of Atlanta won the right to host the 1996 Olympics. 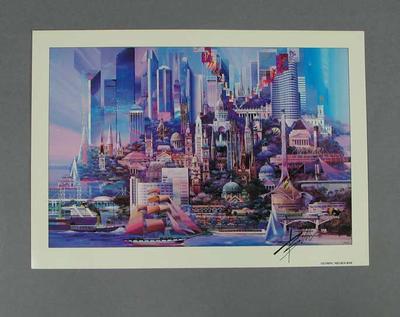 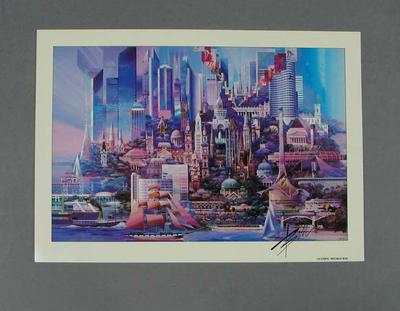 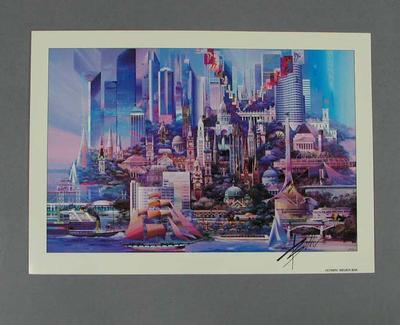 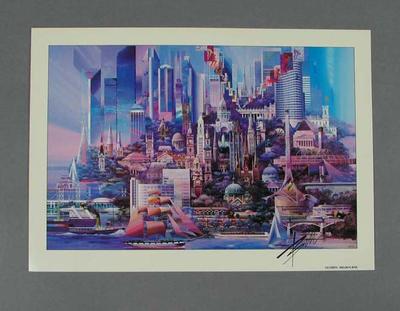