Official Submission to Host the Games of the XXVIth Olympiad, prospectus box

Brief Description
An olive green box, with a tan velvet lined interior, used to house three volumes of a prospectus sent out by the Melbourne Olympic Candidature 1996 Committee to the I.O.C., promoting the advantages and benefits of choosing the candidate city of Melbourne to host the 1996 Olympic Games. This edition of the prospectus was published entirely in French, for non-English speaking members of the I.O.C. The front of the box features the MELBOURNE 1996 emblem and logo at the centre, with the title, along the left corner: SOUMISSION OFFICIELLE RELATIVE A L'ORGANISATION DES JEUX DE LA XXVIEME OLYMPIADE.

Official Submission to Host the Games of the XXVIth Olympiad, prospectus box 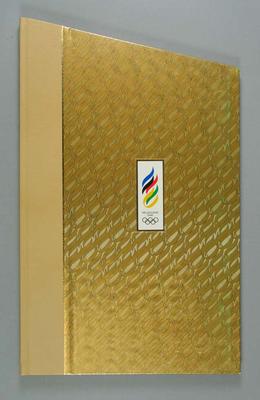 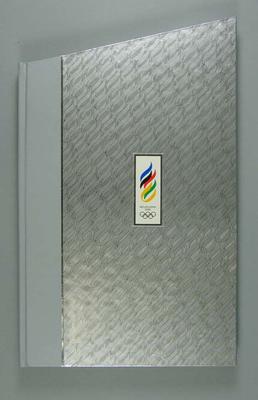 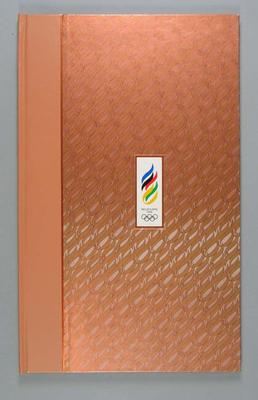