Brief Description
Framed watercolour painting depicting a cricket ground with a match in progress, painted by Henry Burn in 1862. The painting depicts the first international cricket match played in Australia, which occurred at the Melbourne Cricket Ground, and was played between the English XI Cricket Team (also known as Stephenson's Eleven) and the Victorian XVIII Cricket Team, in January 1862. The lower left side of the work features the artist’s signature and the date, 'Henry Burn 1862'. The lower right side features an inscription which reads 'First English Team brought to the Colony by Spiers & Pond'. There is a print affixed to the reverse, which appears to be an early view of East Melbourne. Label attached to frame verso 'MS1022" or "M51022". 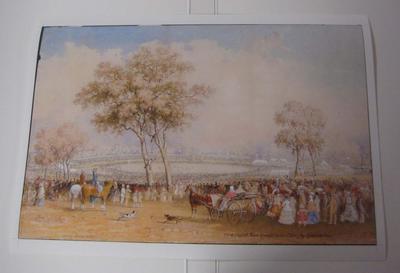 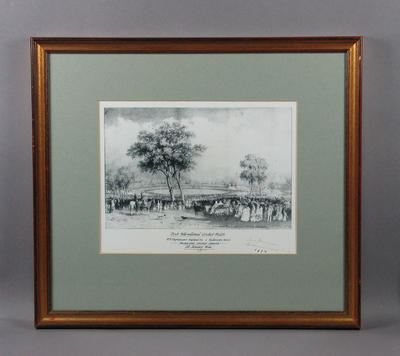 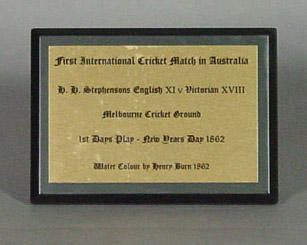 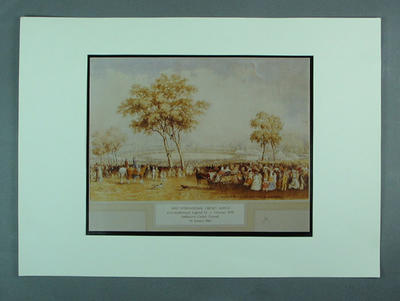 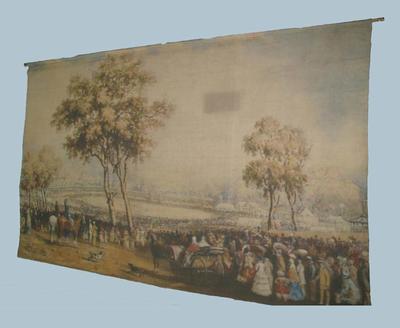 Banner printed with the image of a watercolour painting of the first international cricket match held in Australia, held at the Melbourne Cricket Ground in January 1862; Flags and signage; M15659
Loading...