Brief Description
A colour, cartoon-style promotional poster advertising the Australian Broadcasting Commission (ABC) as the official host broadcaster of the 1982 Commonwealth Games in Brisbane. The official mascot, Matilda the kangaroo and her joey feature in the centre of the poster with the ABC and Games logo and broadcasting equipment; a camera, audio-recorder and microphone. The blue and white background features a yellow map of the world with red links highlighting and connecting the competing countries of the Commonwealth. Wording at the top of the poster reads: "ABC / OFFICIAL HOST BROADCASTER / 1982 COMMONWEALTH GAMES". Wording at the base next to ABC and Games logo, reads: "TAKING THE GAMES TO THE WORLD / AUSTRALIAN BROADCASTING COMMISION THE GAMES STATION." 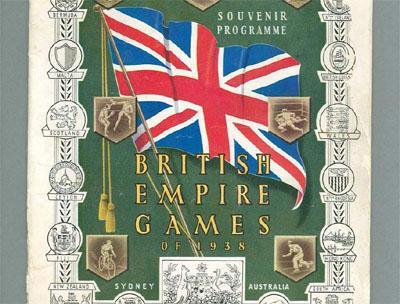