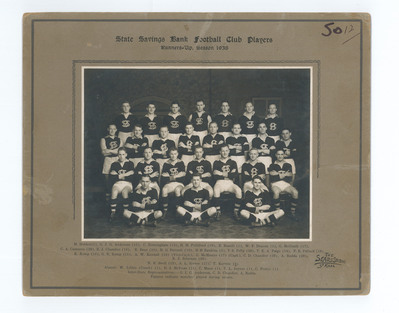 The State Bank of Victoria operated from 1842 until it was sold to the Commonwealth Bank of Australia in 1990. Throughout its history, the bank provided an outlet for staff members to be involved in a variety of sporting teams, including: football, netball, cricket and tennis. The teams represented the bank in organized external sports leagues. The bank also organized intra and inter-bank sports competitions, particularly for swimming. The State Savings Bank was the inaugural sponsor of the VFL Little League from 1967 – this competition gave children the opportunity to represent VFL clubs and play shortened matches in the half time break of league games. The Little League had its own league table, and the large trophy was awarded to the winning Club team each year.